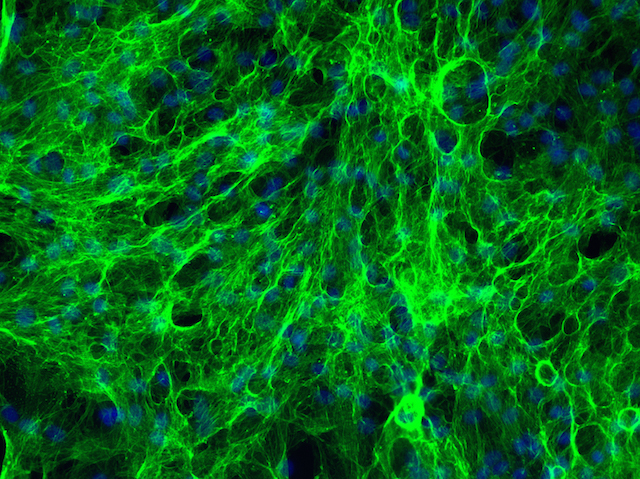 To build a house you need more than bricks. Without mortar to glue everything together, your building won’t last very long. It’s a similar story with our own biological ‘bricks’ – the cells that make up our brains and bodies. They’re held together by a sticky mixture of chemicals known as the extracellular matrix. One important component of this molecular mortar is fibronectin, stained green in this fluorescence microscope image, produced in this case by cells called perineural fibroblasts. They wrap around the nerve cells snaking through the body, keeping everything in place and forming an important protective barrier for this vital wiring system. But fibronectin is much more than simple glue. It interacts with other components in the matrix in many tissues, playing a vital role in directing the growth and specialisation of cells as a baby grows in the womb, as well as healing wounds and repairing nerve damage.