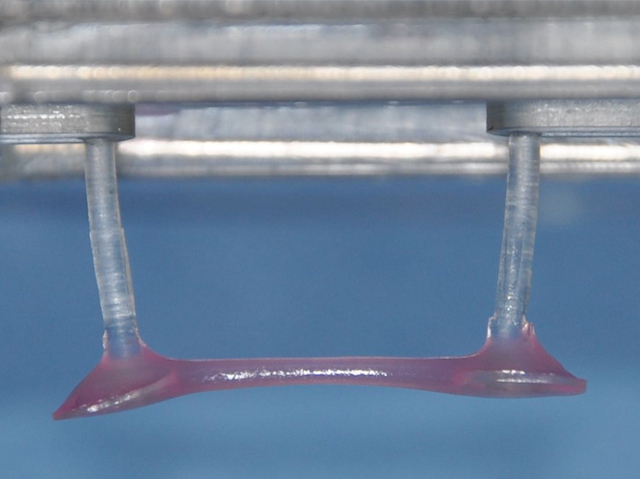 If a heart attack doesn’t kill a person, it’s likely that subsequent heart failure ultimately will. That’s because damage caused to heart muscle is, largely speaking, irreversible. Heart cells have an extremely limited ability to regenerate, so those destroyed by injury tend to be replaced with nonfunctional scar tissue. In a quest to minimise scar formation and maximise heart function, scientists have tried injecting damaged hearts with human stem cells – the aim being to promote the growth of new heart cells. This scheme has met with limited success, however. Using such stem cells to instead create engineered heart tissue (pictured) might offer a more promising approach. When strips of human engineered heart tissue were engrafted into injured guinea pig hearts they were shown to integrate with the host tissue (sharing blood vessels and electrical activity) and, more importantly, to improve the organs’ blood-pumping abilities.