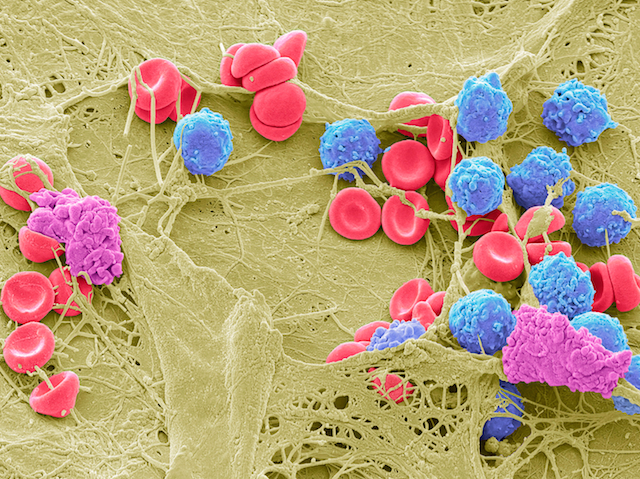 This tangled web of fibres is the site of a blood clot, magnified 650 times with an electron microscope, with red blood cells and immune cells (blue blobs) trapped within it, as well as clusters of tiny fragments called platelets (purple). The fibres themselves are made of a sturdy, insoluble protein called fibrin, which in turn is produced from a bigger precursor molecule known as fibrinogen that floats around in the bloodstream. There’s a complex molecular cascade of events that happens in order to ensure that fibrin is only made where it’s needed – at the site of cuts and other injuries – and not in healthy blood vessels. People who inherit faults in the genes encoding some of the molecules in this chain suffer from the fatal bleeding disorder haemophilia. Several members of European royal families have suffered from the condition in the past, including descendants of Queen Victoria.