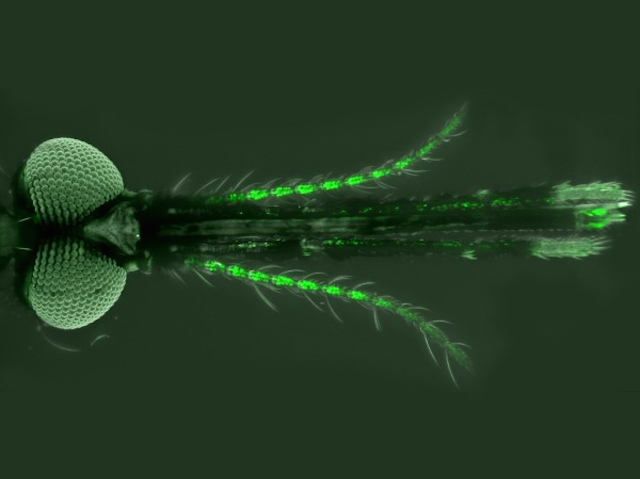 Malaria is a disease affecting an estimated 200 million people, and is spread following a bite from a female Anopheles mosquito. In order to pinpoint a human target, mosquitoes use a variety of cues, including visual, humidity and olfactory. To better understand how mosquitoes receive and process this information, scientists used new genetic technology to make specific, odour-related neurons glow with a green fluorescence. Expecting to see the maxillary palps and antennae in green, they were quite surprised to see the labella – previously known only to be associated with taste – also glowed brightly (seen far right between the paler fuzzy palps). This result suggests that mosquitoes use taste, as well as smell when identifying their target. Finding a cocktail of preferred human smells and tastes could help researchers to pinpoint a substance that could ultimately prevent mosquitoes from taking the potentially deadly bite.