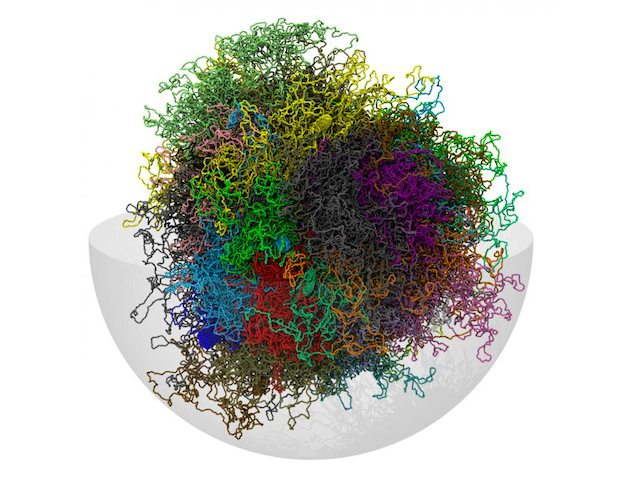 There are metres of DNA wound up inside each of our cells. Thanks to the Human Genome Project, researchers know the sequence of genes strung along its spools and tangles. But how these tangles are arranged in 3D has been a mystery. What looks like a chaotic jumble at first glance, is actually a highly organised structure, which changes at different stages of the cell’s life to control how genes are switched off and on. This simulation shows how DNA bunches up inside a nucleus, based on information about many pairs of nearby DNA regions in human lung cells. Large DNA areas called chromosomes (differently coloured here) might be metres apart along the 'string', but bunched up inside the nucleus they become neighbours. This may explain how genes on different chromosomes switch off and on together, controlling everything from immunity and repair to development and growth.