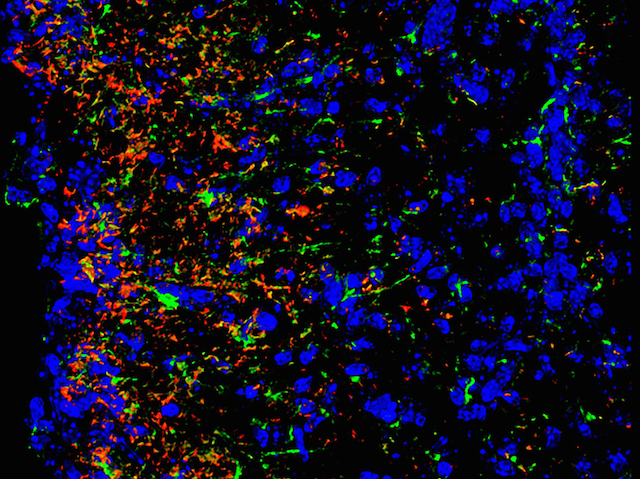 In 2016, the World Health Organization declared Zika virus a global public health emergency. Although most people infected with the virus have mild symptoms – such as a fever, rash or aches and pains – if they have any at all, it can have serious effects on pregnant women. First identified in Africa in the late 1940s and currently on the loose in South America and the southern United States, Zika virus causes brain and birth defects, including microcephaly [having an unusually small head]. It’s not clear exactly how the virus exerts its effects, so researchers have created a new mouse model of Zika virus infection. This image shows the virus (highlighted in green) infecting nerve cells in an animal’s brain. The researchers hope their model will shed light on the long-term effects of Zika infection on babies and children, leading to new prevention or treatment strategies in the future.