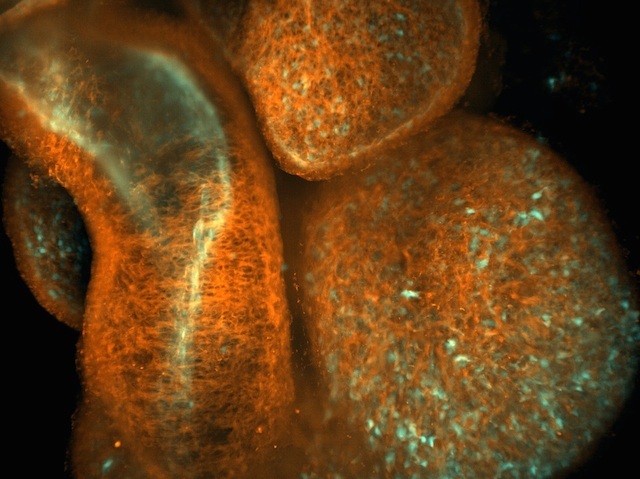 The microscope has had a long history. As far back as Roman times, curious scientists discovered that certain shapes of glass could make objects appear larger. Many years later, the 17th century Dutch researcher Antonie van Leeuwenhoek invented the first proper microscope. Since then, we’ve come a long way. This image shows the bulging tubes of a developing mouse heart, just two weeks after fertilisation, taken using a technique called light sheet microscopy. A specially-shaped lens is used to focus a beam of laser light into a thin sheet, allowing scientists to see incredible detail deep inside organs or tissues and build up a three-dimensional picture. The growing muscles are stained with a fluorescent orange dye, while the new blood vessels are coloured pale blue. By studying the structures of the heart as it forms, scientists hope to understand what has gone wrong when babies are born with heart defects.