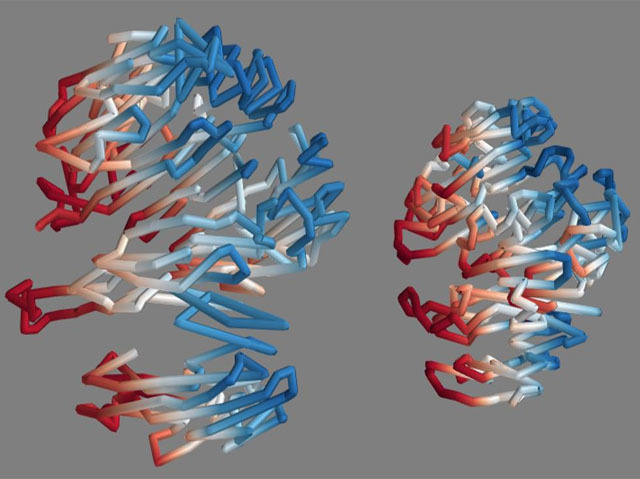 As people age they start to shrivel and shrink and so, apparently, do their chromosomes. Senescence – the technical term for getting old – occurs at the cell as well as organism level. And researchers have discovered that chromosomes inside senescing cells become more compact. The computationally modeled chromosomes pictured, for example, represent a normal replicating cell (left) and a senescent one (right). Although this compaction appears to close down the genome – indeed many genes become silenced – certain genes are activated during the process. Senescence marks the end of a cell’s ability to reproduce, and while this means that tissues of elderly people can’t repair as well as those of youngsters, it also provides an inherent protection against cancer – where cells divide uncontrollably. Understanding how cells transition to senescence and which genes they turn off or on could thus aid research into cancer prevention and, on the flip side, tissue regeneration.