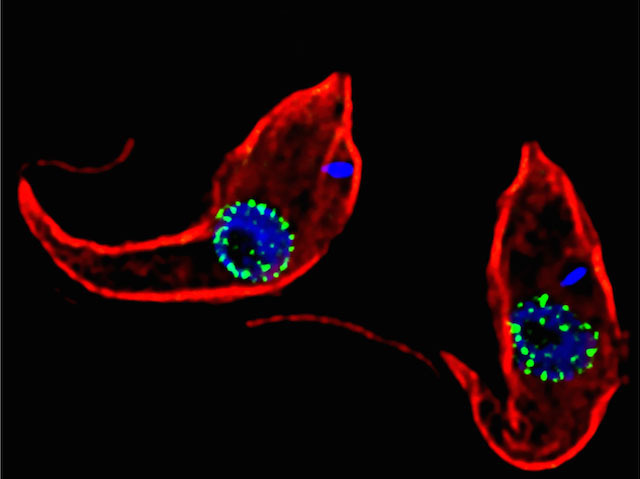 These whip-tailed creatures are trypanosome parasites – responsible for causing sleeping sickness – viewed down a microscope. Fluorescent dyes have been used to pick out different parts of each single-celled organism: red marks their surface and tail, which enables them to move; blue highlights their DNA, contained in a bag-like structure called the nucleus; and green denotes tiny channels in this bag, known as nuclear pores. Built from around 30 different types of proteins – a staggering 500 protein molecules in total – these pores control the flow of chemicals into and out of the nucleus. Intriguingly, the structure of the nuclear pores is rather different in trypanosomes compared with those in animal, plant and yeast cells. While the central part of the pore is similar in all species, the outer parts of the channel are much more variable, suggesting that its roots go much further back in evolution than previously thought.