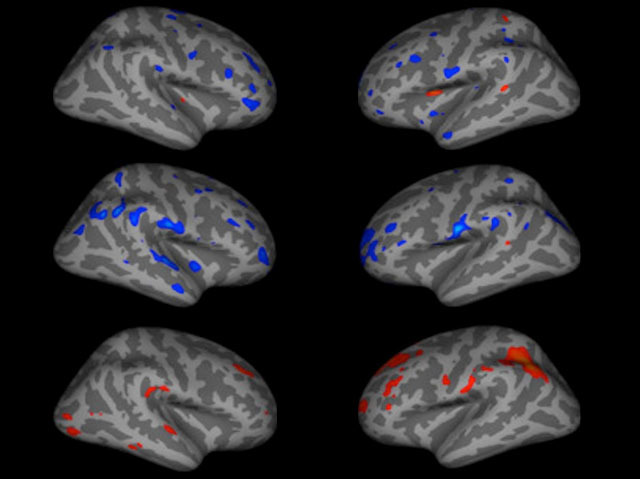 As the most commonly-used recreational drug of 2015, cannabis is very popular among adolescents. To determine its effects on the adolescent brain, scientists compared features associated with brain development on MRI scans of adults who began using cannabis before and after the age of 16. They looked at the thickness of the prefrontal cortex (the region responsible for judgment and reason), the contrast between grey and white matter, and the folds of the brain surface. Blobs on the hemisphere scans pictured show areas increased in the later onset group (red) and the earlier-starting group (blue). Compared to the brains of later starters, cortical thickness was increased with earlier use (top row), and there was more definition between grey and white matter (middle row). Brains of those starting cannabis use later had a wrinklier surface (bottom row). The next step is to look into behavioural changes associated with these structural differences.