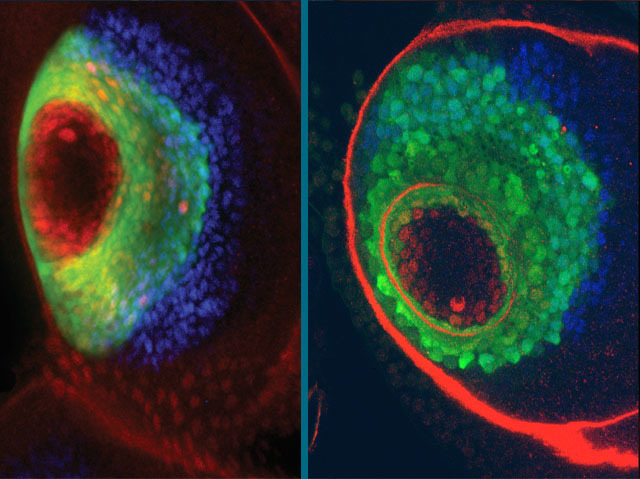 Our senses depend on many different types of nerve cell, or neuron, but how these derive from the single set of genes in our genome is a puzzle. Recent experiments on fruit flies have provided some clues – a network of five genes was found to guide identical precursor cells to develop into particular types of neuron as they mature. Scientists mapped out these genes by studying rings that develop in the antennae of fruit flies as precursor cells begin to change into different types of olfactory, or smell-sensing, neurons. Pictured are two cross sections of antennae, with rings stained in different colours, from a normal fly (right) and a genetically modified fly (left), showing changes in the structure of the rings. Several of these precursor cell genes have counterparts in humans, suggesting that the same basic mechanism may be at work in our own bodies.