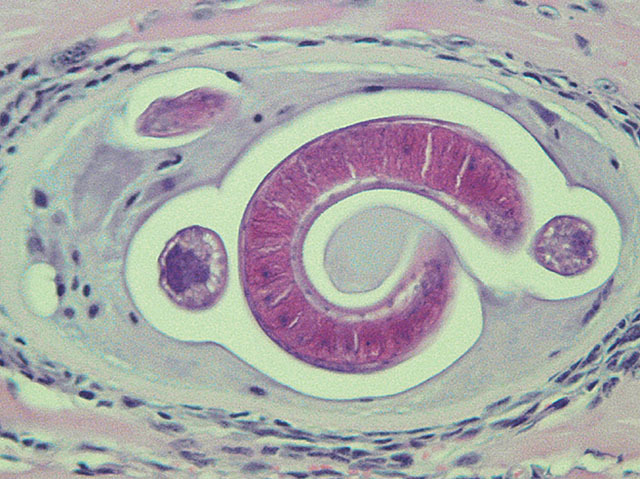 Thought your immune system always kept you safe? This worm is the larva of the parasite Trichinella spiralis, which infects many animals and can spread to humans through contaminated meat. The larvae burrow into skeletal muscle cells, and make them form a protective structure called the nurse cell where they can develop. Researchers have found that a type of white blood cells called eosinophils actually help the parasite grow, rather than getting rid of it: without eosinophils bearing active IL-4 and STAT6 genes, the larvae didn’t develop properly. Eosinophils also stopped other components of the immune system from causing inflammation in the muscle after the larva had taken up residence, and allowed the nurse cell to take lots of glucose from the surrounding muscle for the parasite to use. The parasite uses its host’s immune system for its own ends, but now we know this maybe we can stop it.