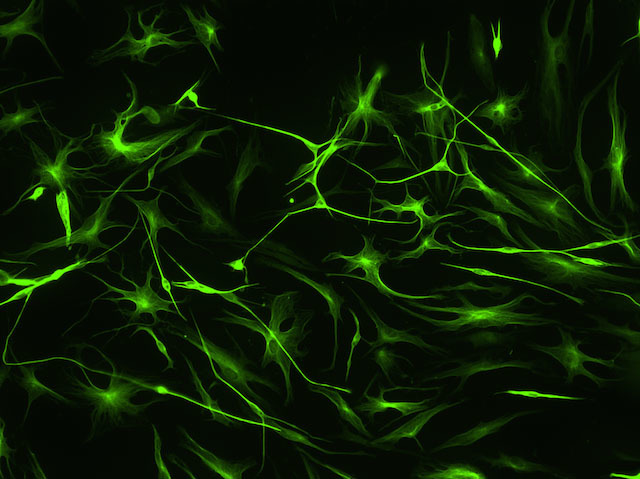 These delicate figures might look like spidery sea-creatures, but they’re actually Schwann cells: highly specialised cells that are a vital part of the nervous system. In order to be clearly seen down a microscope, they’ve been stained with a green fluorescent dye highlighting a molecule called beta-tubulin, which acts as a kind of internal scaffolding. Just as electrical wires in your house are coated with plastic insulating tape to avoid short-circuits and shocks, the nerve cells in your body – constantly fizzing with the electrical signals that enable you to think, move and react to the world around you – also need to be protected. It’s here that the Schwann cells step in, seeking out and wrapping around nerve cells like tape around a wire. They produce large amounts of a fatty molecule known as myelin, which acts as natural electrical insulation, helping nerve impulses travel quickly and safely around the body.