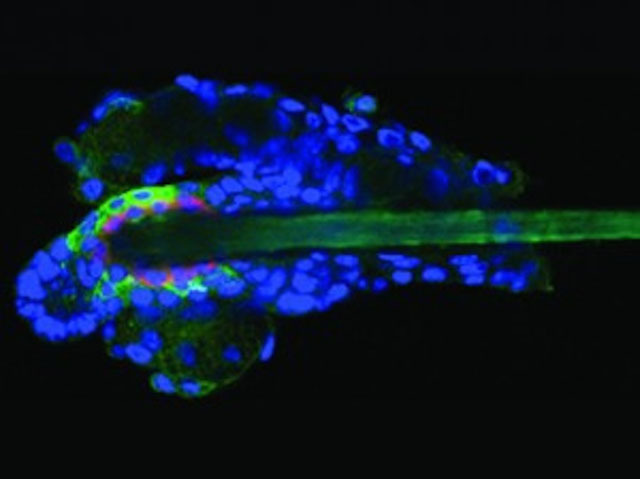 The reason why many men bald with age is poorly understood – but an important discovery could open up new avenues of research. Hair growth dramatically speeded up in mice that were genetically engineered to lack a protein found in follicles, called FOXC1. Although the mice grew fur thick and fast to begin with, they prematurely turned grey and began to go bald. Scientists concluded that FOXC1 controls hair stem cell activity in specialised niches called bulges, the follicle’s ‘factories’ where new hair is made. The protein’s absence put the cells into overdrive – but the effort exhausted them, causing the number of active bulges to reduce. Pictured is a mouse follicle with stem cells stained light green and bulges red. The hair shaft is darker green and the centres, or nuclei, of other follicle cells are blue.