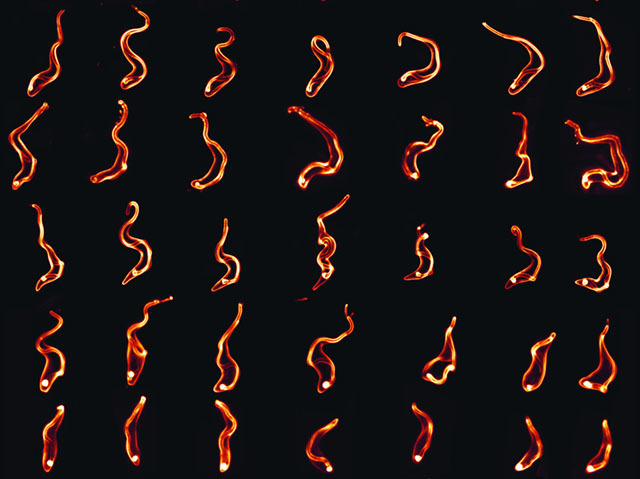 African trypanosomes are single-celled parasites which can cause deadly sleeping sickness in humans. But accurately describing their anatomy is difficult as they live in the bloodstream and body tissues and so they’re constantly swimming. Researchers used advanced microscopy to characterise the movement patterns of several species of trypanosome in different environments: some of the shapes they make are shown here. They found that different species have swimming patterns that make them better suited to the environments they inhabit inside their hosts. For example, Trypanosoma vivax (top row) swam quickly in less viscous fluids, but badly in thicker ones – it lives in the bloodstream but not the densely packed body tissues. However, T. brucei (second and third rows) swam well in thicker liquids – it lives in both the blood and tissues. This can tell us about how these parasites spread through the bodies of their victims.