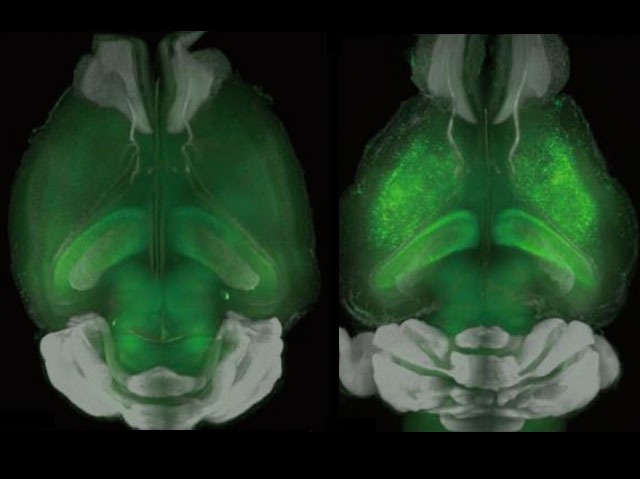 Sleep, or as Shakespeare put it "nature’s soft nurse", is a vital function necessary for our overall health and well-being. Sleeping plays an important role in brain development, strengthening connections that have been made by neurons during the day and solidifying memories. Over our lifetime, our sleep duration changes, and the molecular details of how this is regulated are still mainly unknown. But by studying mice with abnormal sleep patterns, researchers have identified multiple genes important for regulating sleep duration, and which also allow changes in calcium molecules to take place in mice brain cells (neurons). They also found that by impairing calcium receptors in neurons, the neurons became excited and active (shown in brighter green on the right). This caused calcium molecules to flow out of the neurons and ‘wake the mice up’, whereas opposite calcium flow, into the neurons (left), caused the mice to fall asleep .

Today is the start of the UK's National Stop Snoring Week