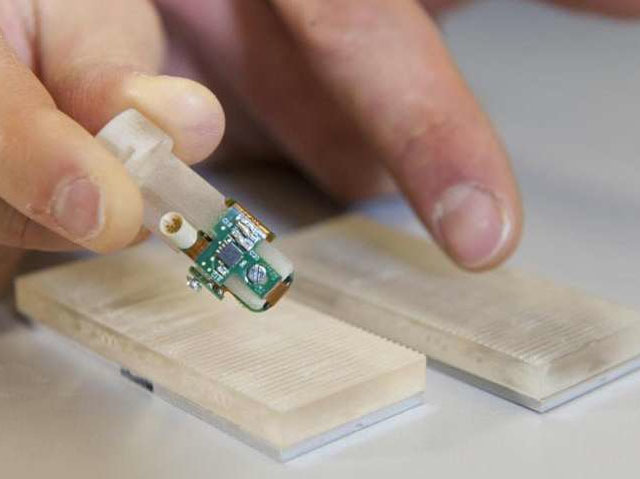 Prosthetic limbs can imitate human movements quite well but mimicking our sense of touch is much more complex. However, a Danish man who lost his hand in a firework accident was able to feel the difference between roughness and smoothness via a bionic fingertip dragged across textured plastic gratings, pictured. The device makes use of technology called mechano-neuro-transduction – tiny sensors convert pressure into spiky electrical signals, similar to those generated by the human nervous system. These impulses are delivered to the brain via electrodes surgically connected to nerves in the upper arm. The amputee, who was blindfolded for the experiment, reported a sensation of texture almost the same as from a real index finger.