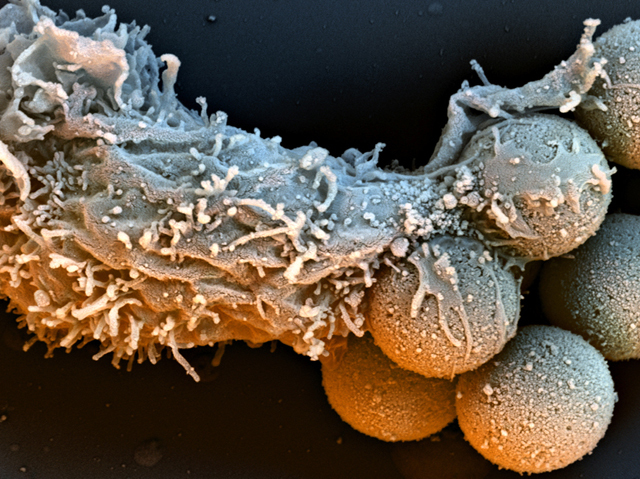 Imagine being able to engineer an army of fighters, highly trained to seek out and destroy the enemy wherever it’s hiding. That dream is now becoming a reality in cancer treatment, as researchers have developed a way to genetically engineer immune cells, known as T lymphocytes, to recognise and kill tumour cells. This image has been taken using a scanning electron microscope, which uses fine beams of electrons to build up a detailed three-dimensional picture. A folded and blobby engineered T cell is attached to some neatly spherical magnetic beads, just a few thousandths of a millimetre in diameter, used to grow and purify the cells in the lab. At the moment this kind of treatment is still being tested in clinical trials but results so far have been promising. It’s just one part of the growing field of immunotherapy, harnessing the power of the immune system to beat cancer.