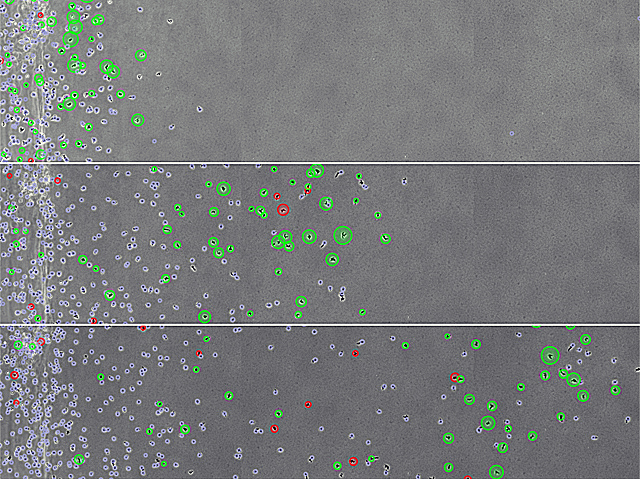 Smell is probably the oldest sense, and it’s based on a process called chemotaxis – cells sensing and responding to chemicals in their environment. These images show single-celled organisms called Dictyostelium growing on solid gel infused with a chemical called folate, which they like to ‘eat’, after one (top), three (middle) and five (bottom) hours. Initially placed on the left hand side of the gel, the cells use up the folate there, creating a gradient of the chemical from low to high, left to right. Some adventurous cells, marked in green, begin to move towards the right hand side – the bigger the circle around them, the faster they’re moving. But others go the wrong way (red) or stay in roughly the same place (blue). Understanding what’s going on here at a molecular level helps to explain how all cells – including those in our body – sniff out the world around them.