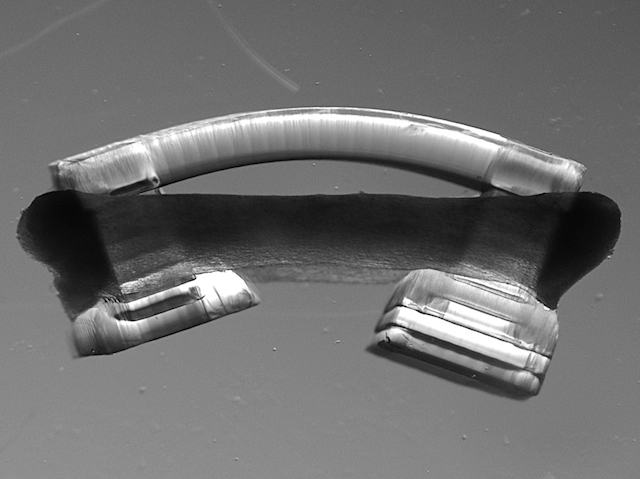 From running and jumping to blinking or licking an ice cream – behind all of our movements, muscles flex. This tiny 'bio-bot' is an artificial device that moves by harnessing the power of living muscle cells. A ring of muscle cells (the fuzzy black strip) is looped around a 3D-printed resin skeleton that looks a bit like a crab moving sideways, only a 100 times smaller. The muscle has been genetically engineered to contract in response to a pulse of blue light, bending the bio-bot’s longest leg (right) more than its shorter leg (left). The resulting movement is more like a worm’s crawl than a crabby scuttle – and it can be steered by carefully aimed blasts of light. Blending living cells and mechanical parts, bio-bots have the potential to be re-designed as sensors, valves or tiny drug transporters with the aim of muscling in on life inside our bodies.