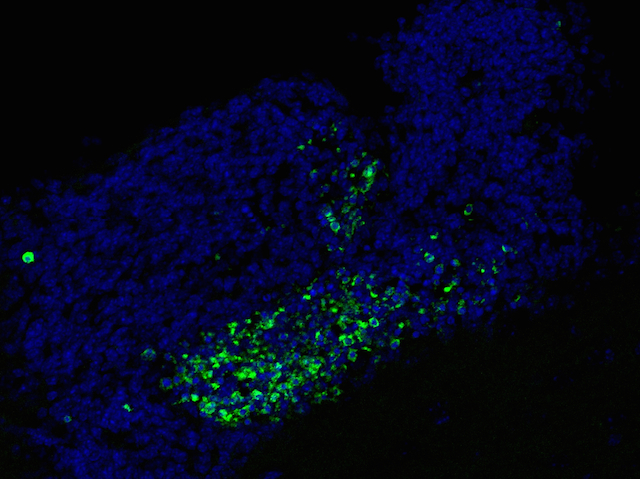 Neurons, the data processing cells of our brain, work to transmit information to muscle cells and other nerve cells. Through a process called neurogenesis, new ones develop from stem cells mainly in the subventricular zone of our brain. Specialised cells called microglia work in this zone clearing up dead and defective brain cells, protecting the brain and maintaining healthy cells. To see how this process is regulated, researchers removed two receptors from microglia in mice called Axl and Mer, which recognise dead cells and target them to be destroyed. They found that without them, dead cells (stained green) began to accumulate in areas of brain where new cells are continuously regenerating. Therefore, Axl and Mer could be possible targets in diseases such as Parkinson’s where there are a larger number of dysfunctional cells than normal.