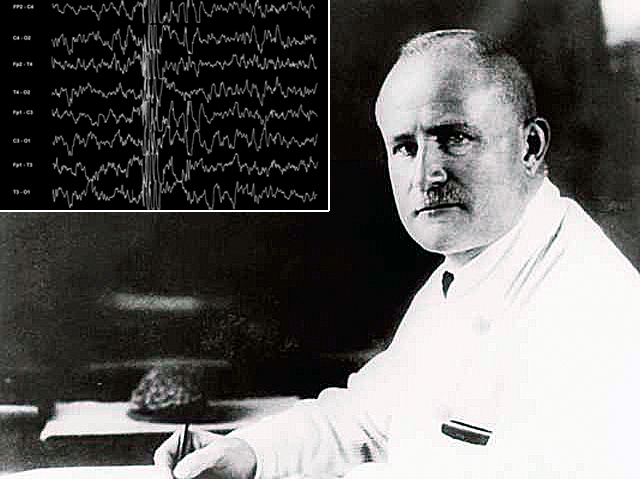 Hans Berger was miles from home when he fell into the path of a horse-drawn cannon. His father didn’t know about the accident, but sent a telegram asking about his health because Berger's sister had a premonition that something was wrong. “As I contemplated certain death, I transmitted my thoughts,” noted Berger. He was intrigued by what he called this 'psychic energy', and by how body and soul interact. He went on to make the first recording of electrical activity in the human brain (a recent trace is shown above), in 1920. His electroencephalogram (EEG) technique involved attaching foil electrodes or silver needles to a subject's skull. He studied brain activity in epilepsy, and today doctors still use EEGs to help diagnose the condition. Some suggest that Berger played a role in the Nazi sterilisation of neuropsychiatric patients. Others argue that he was at odds with the regime.