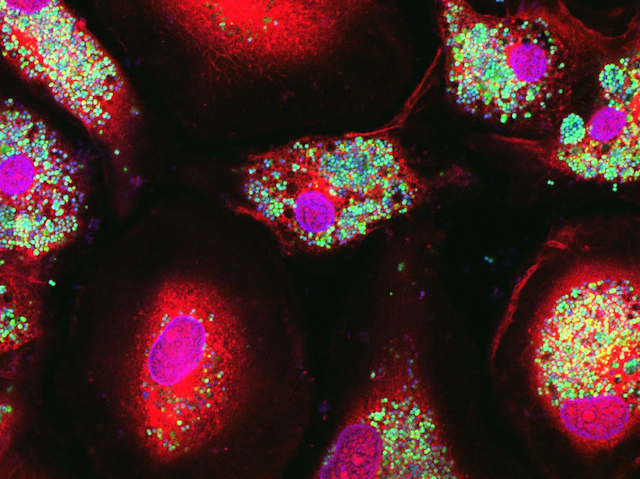 It’s easy to make mistakes, especially in the middle of a flu pandemic. Back in 1892, a scientist called Richard Pfeiffer spotted bacteria in flu patients, and wrongly assumed they were the cause of the disease. These bugs, still known as H. influenzae, were blamed for the flu until 1933, when the correct viral culprit was identified. But although H. influenzae are off the hook for true flu, they still cause a lots of serious infections, especially in children. The Hib vaccine provides protection against some forms of these bugs but not all, so new approaches for tackling H. influenzae are still needed. One problem is that it’s still not entirely clear how the bugs infect human cells. This image shows immune cells from human lungs packed full of H. influenzae bacteria tagged with a green fluorescent dye, helping scientists shed light on new ideas for tackling these troublesome bugs.