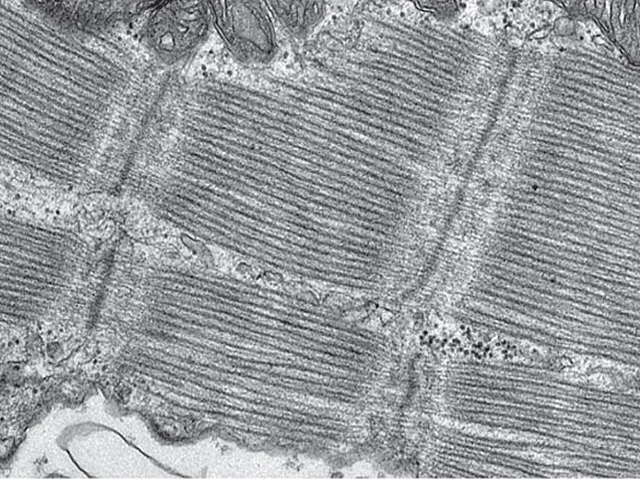 Arrhythmias – irregular heartbeats – can arise from different parts of the heart and cause severe symptoms, even sudden death. Although arrhythmia in the atria, the heart’s upper chambers, isn’t usually deadly, it can cause stroke or palpitations. Comparing the DNA of a family with multiple members suffering from atrial arrhythmia revealed that they shared a single genetic mutation. This changed a gene called MYL4, which codes for a type of myosin, one of the molecules that make muscle. By giving zebrafish a similar mutation (the image shows highly-magnified atrial muscle in a healthy fish) researchers were able to study its effect on the heart. The mutation hindered myosin from attaching to another muscle molecule called actin, so in the mutant fish the region where they join (vertical stripes pictured) were missing. As these junctions are structurally vital for converting the electrical signal into the beat, this caused arrhythmia.