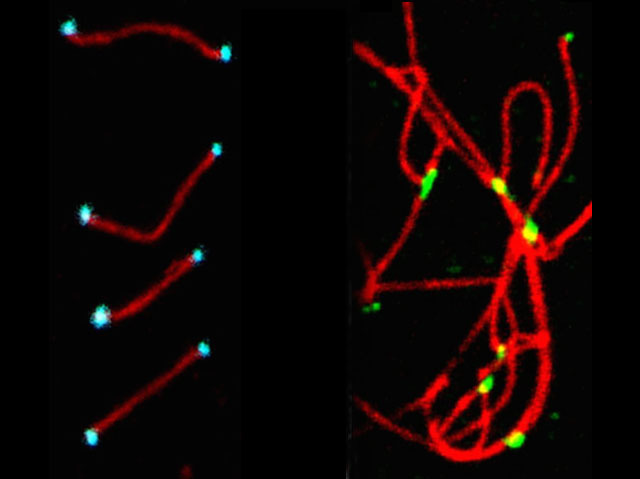 At the heart of reproduction lies the process of meiosis: when sex cells are formed, chromosomes line up and are equally divided between two daughter cells, so that each spermatocyte or oocyte contains only half the genetic material. This event, like others throughout the cell cycle, requires proteins known as cyclin-dependent kinases (CDKs). As their name suggests, they typically work together with proteins in the cyclin family, yet researchers have recently discovered another molecule with a crucial role to play. Along with a CDK, RingoA binds to the telomeres, special sequences found at the ends of chromosomes, to help them line up correctly, as shown in the left panel. Without RingoA, chromosomes become tangled (right panel) and meiosis can't proceed, so no sex cells are produced. By blocking the production of spermatozoa, tampering with RingoA could potentially suggest new avenues for designing male contraceptives.