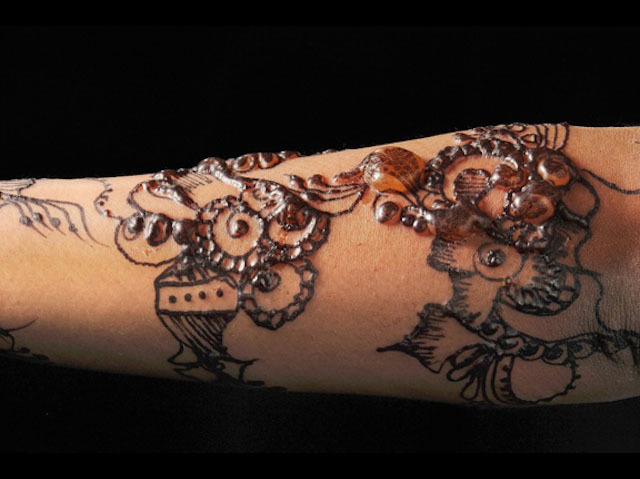 A henna tattoo is supposed to be temporary – a stain left from a chemical reaction between lawsone, from henna leaves, and keratin proteins in the skin. Orangey-brown henna dye has been used to decorate bodies since the Bronze Age and 'mehndi', as it’s known in India and Pakistan, is still widely used as a traditional element of festivals and ceremonies. But henna has a dark side – para-phenylenediamine (PPD), a black dye, is sometimes mixed with natural henna to mimic ink tattoos but avoid the pain of needles. Unfortunately though, this young girl has had a severe allergic reaction to PPD, leaving bulbous blisters along the swirling lines of her body art. Such reactions can cause lifelong scarring as well sensitivity to medication with similar chemistry to PPD. No wonder then that PPD-infused henna is illegal, yet banning its use worldwide is proving difficult to enforce.