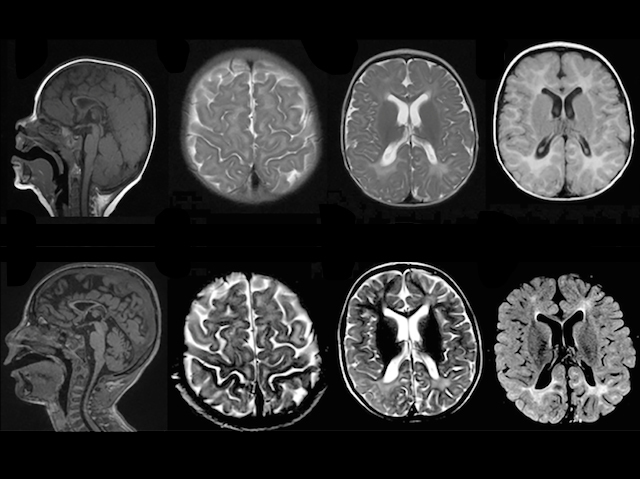 Baby B’s parents first realised something wasn’t right when he was just a few months old. His head seemed small and there were problems with his muscles and joints. By five, he still couldn’t walk, talk or see properly, and was prone to seizures. These MRI brain scans, taken at nine months (top row) and five years (bottom) reveal the problem: a condition known as genetic leukoencephalopathy (gLE). Normally the brain is made up of a mixture of grey matter (made of processing nerve cells) and white matter, formed of connecting and supporting cells. Children with this type of gLE have a fault in a gene called VPS11, leading to too much white matter in their brain. Sadly for B and his family there is currently no cure for the condition. But scientists hope that understanding what’s happening at a molecular level will uncover ways to help in the future.