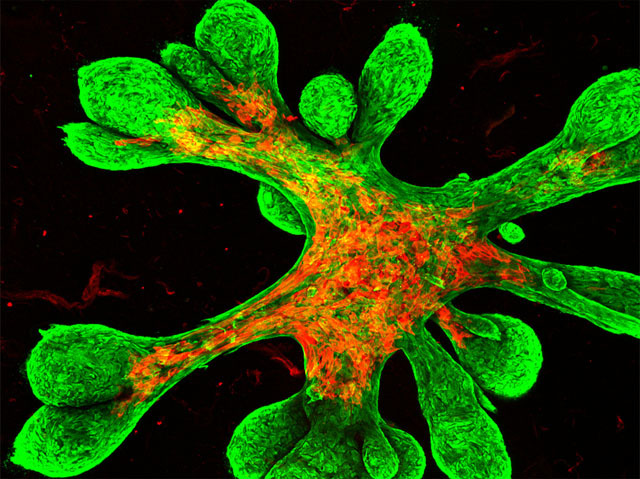 Cells sprawl out in three dimensions in our bodies – making contact with other cells, binding themselves to bones, creating tiny environments of their own. Researchers are now able to recreate some of these nurturing conditions in the lab so they can watch development in action. Eleven days before this picture was taken, breast cells were spread onto a tiny scaffold made of jelly-like hydrogel. The cells gradually stretched out in 3D, much as they would in the developing breast, organising themselves into a network of lobules (seen at the end of each green-coloured duct). After two weeks, the tissue resembles a mature mammary gland, lined on the inside by luminal cells (red). Not only is this fascinating to watch, but the artificial breast tissue responds to hormones similar to those circulating in human mammary glands, meaning they could be ideal for future studies into breast cancer development.