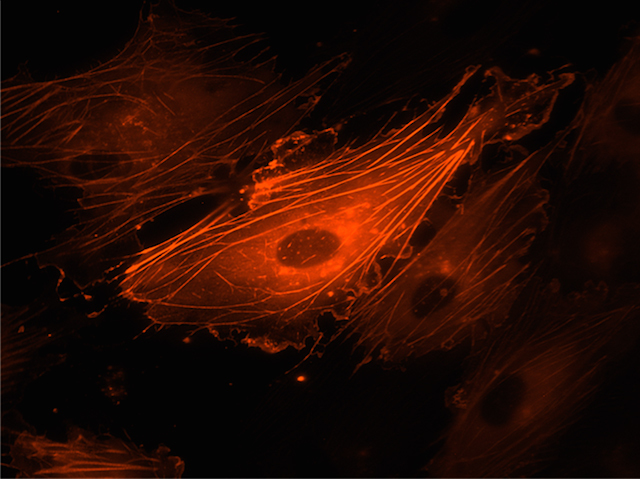 In the UK at least, it’s the time of year when seasonal allergies start to bite. One of the symptoms of allergies and inflammatory diseases is tissue swelling, which is caused by blood vessels becoming leakier. It was known that the leakage was caused by certain white blood cells called macrophages releasing a signalling protein called IL-4, and now scientists have pieced together how it happens. IL-4 triggers cells lining the blood vessel to activate certain genes, including one called Wnt5a. These genes rearrange the cytoskeleton – the cell’s internal scaffold – to form structures called stress fibres. In this image of a cell from the blood vessel wall, the stress fibres show up as bright stripes. They make the cells detach from each other, so the blood vessel becomes leakier and causes swelling. Knowing this, we could potentially develop medicines to target Wnt5a and relieve swelling in inflammatory diseases.