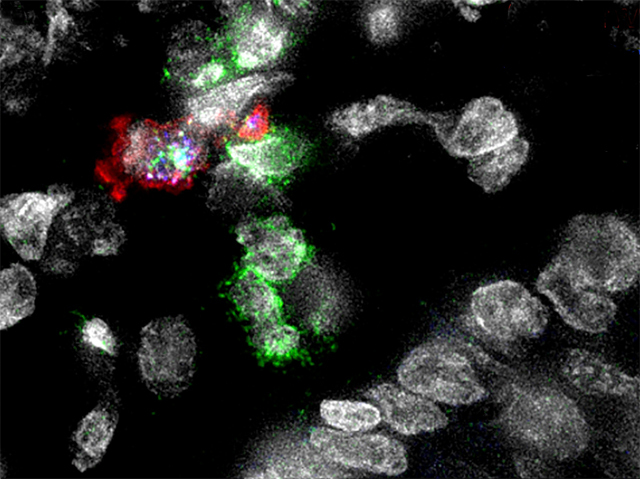 When attracting mates and deterring predators, fireflies emit a light created by an enzyme called luciferase. Playing on this natural occurrence, scientists mixed the fluorescent enzyme with the simian immunodeficiency virus (SIV), to track where SIV infects cells within the reproductive tract of female macaque monkeys. Contrary to previous beliefs that the virus is passed to women within the cells of the cervix, they found that SIV infects cells from the labia all the way through to the ovaries, targeting a population of T cells that play an important role in the immune response (T cells stained with green fluorescence and SIV protein with red). As the HIV infection of humans is very similar, this research could lead to the development of more specific prevention methods for women, targeting the virus at its earliest stages.