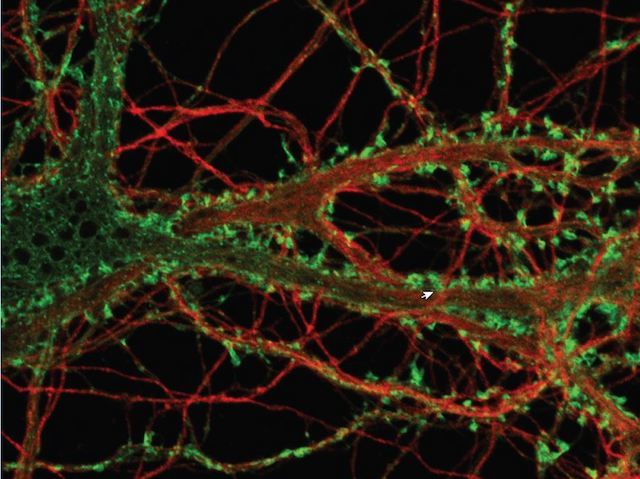 This unsuspecting nerve cell has no idea it’s a key target for prions – abnormally-shaped molecules that cause serious brain-damaging diseases such as bovine spongiform encephalopathy (BSE) in cows, scrapie in sheep and Creutzfeldt-Jakob disease (CJD) and Kuru in humans. Right now there is no cure for any prion-induced conditions. Some of the earliest changes in prion-infected cells happen in the connections between brain cells at structures called dendritic spines, highlighted here in green, within a matter of hours of infection. By developing a way of growing susceptible nerve cells (known as hippocampal neurons) in plastic dishes in the lab and studying the minute changes that occur as the prions take hold, researchers can now start to figure out exactly what’s going on. It also enables them to search for drugs that can halt the damage caused by prions, potentially paving the way for vital new treatments for these devastating diseases.