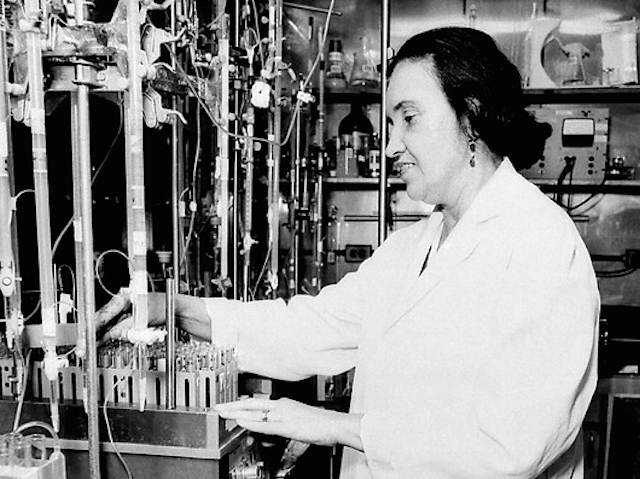 Her mother wanted her to become a schoolteacher. Instead, Rosalyn Sussman Yalow, born on this day in 1921, devoted her career to nuclear medicine. In 1977, she became only the second woman to win the Nobel Prize for Physiology or Medicine. The award recognises her role in developing a technique that uses radioactive markers to detect and measure the concentration of molecules, such as hormones, in body fluids. Yalow first used this technique, called a radioimmunoassay, to study the hormone insulin. Her work led to a new approach to treating diabetes. Radioimmunoassays have since been used to detect enzymes, viruses and vitamins that were previously too small to identify. This has helped doctors to diagnose conditions, such as underactive thyroid, and helped researchers to explore what causes them. According to Shimon Glick, a researcher in Yalow’s laboratory in the 1960s, the technique has revolutionised almost every field of medicine.