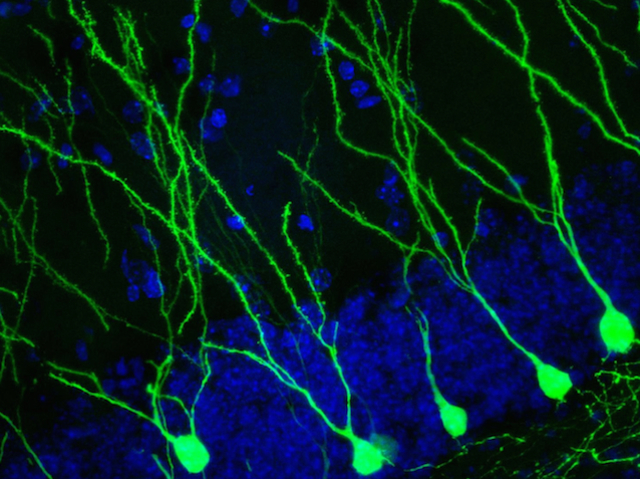 Running provides an array of health benefits, not least of which is better brain function. In humans, fitness and exercise is linked to better cognition and memory, for example. While in rodents, running has been shown to enhance both memory and the birth of new brain cells – just like the newly-formed neurons (fluorescent green) shown here in a section of adult mouse brain. Exercise gets the blood pumping and improves blood flow to the brain, which likely provides part of the benefit, but what’s in the blood matters too. Scientists have identified a protein, cathepsin B, secreted into the blood by exercising muscle that, in mice, was necessary for the brain-related benefits of exercise. Cathepsin B induces the production of two important nerve growth factors in cultured neurons, which may explain how this muscle protein prompts the production of new brain cells and, in turn, better memory.