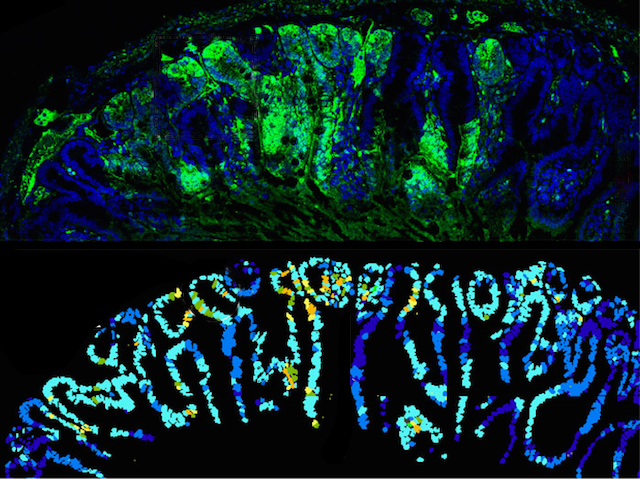 DNA has many ways of protecting itself. Its end sections, called telomeres, are only a buffer to stop the essential middle being worn away. Telomeres start long in embryos and shorten as you age, causing some symptoms of ageing. Scientists have developed mice with hyper-long telomeres by taking early embryo cells – the only cell type that can lengthen their telomeres – and allowing them to divide in a dish for a while before letting them develop into embryos. The resulting mice had cells with a mix of telomeres: the top image shows a magnified section of intestine with cells containing hyper-long telomeres in green. Below is a computer-generated map of the intestinal cells with the very longest telomeres highlighted in orange. Parts of the mice containing cells with hyper-long telomeres healed wounds faster. Lengthening telomeres was already possible, but previous methods caused extra risk to the mice, which this technique avoids.