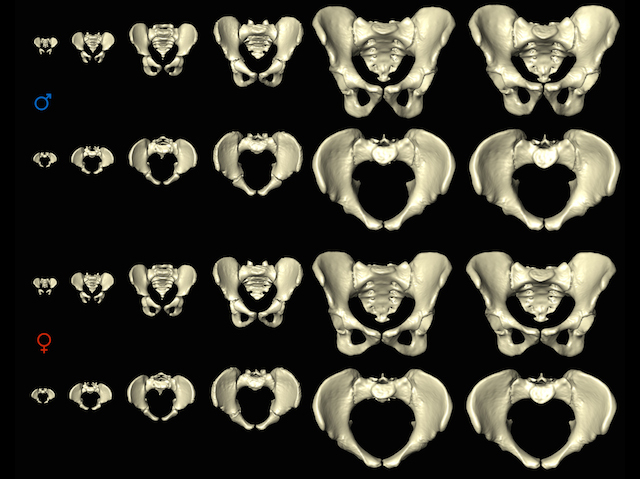 Women’s pelvises tend to be wider than those of men. It’s thought that this difference is due to the so-called 'obstetrical dilemma' – the hypothesis that human females’ hips represent an evolutionary compromise between the need to deliver large-brained babies and the need to comfortably move around on two feet. And a new study shows just how far nature has apparently gone to accommodate this compromise. Scans of 275 human pelvises from people ranging in age from late foetus (far left) to more than 80 years (far right) reveal that male and female pelvis development is practically the same until puberty, at which point the female pelvis expands considerably until the ages of 25 to 30 – peak pregnancy years. After 40, however, the female pelvis once again narrows so that by old age it is more similar to that of the male and, presumably, more optimal for bipedal life.