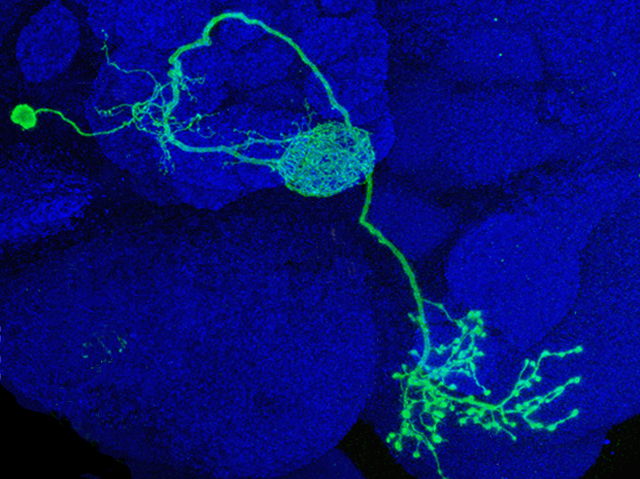 Smell is important for flies, telling them what is and isn’t safe to eat. The fly nerves that sense smells pass the message on to olfactory projection neurons (PNs), which signal to the parts of the brain that decode it. Forming these kinds of nerve systems is complex, using many different steps to ensure that nerves end up in the right place, with the right connections. Scientists developed a fly that had one PN, the DA1 vPN, which was fluorescent (shown in green) so they could study how these processes affected it. They eliminated particular genes and found that this changed how the DA1 vPN grew. For example, reducing a gene called Dscam1 stopped the nerve’s axons from branching out like the ones shown here bottom right. This could help us understand how nerve system formation is controlled in humans, and how it can go wrong.