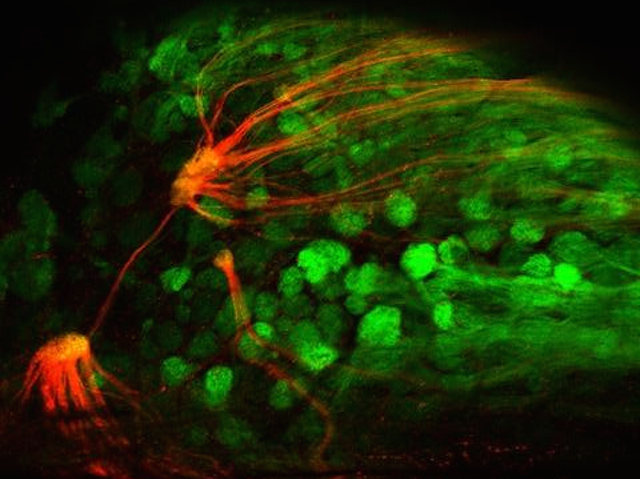 Like all mammals, we sense smells thanks to a vast number of olfactory sensory neurons (OSNs), each one possessing a single odour receptor (OR), encoded by a specific gene and responding to a particular odour. Every OR is roughly equally represented across all the neurons, but a team of scientists working on mice have recently discovered a way to change this, modifying the DNA sequence of an OR gene so that it is preferentially selected by developing OSNs. In this image, these chosen receptors are highlighted in red, with all other olfactory receptors in green. Dubbed 'MouSensors', the transformed mice are far more sensitive to the odour detected by that over-represented, or 'super-sniffer', receptor. Taking a big step towards improving our understanding of the olfactory system, this technique has enormous potential for applications, from highly-sensitive rodents able to detect traces of explosives to systems for detecting disease in tissue samples.