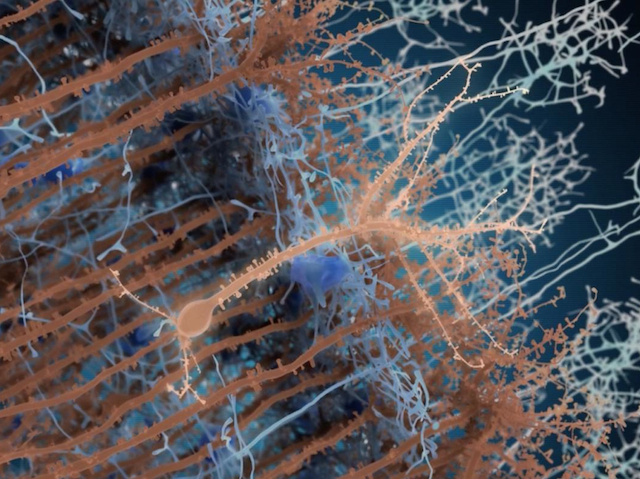 The brain is unfathomably complex, not least because it is so flexible, constantly making adjustments so we can respond to our environment and learn. Most brain cells, or neurons, arise during early development, and learning in adulthood occurs primarily by strengthening or weakening existing connections between neurons, known as synapses. Yet this isn’t the only way: in some areas, neurons are formed throughout adult life, like this pale brown one (in the centre), shown amidst darker pre-existing cells and busily contacting partner neurons (in blue). Scientists studying this process in the olfactory bulb of mice, the region of the brain responsible for their sense of smell, discovered that the neurons emerging during adulthood are also particularly dynamic, regularly making, breaking and renewing their connections with surrounding neurons. New adult neurons thus demonstrate a whole new form of flexibility, which could play an important role in learning in humans too.