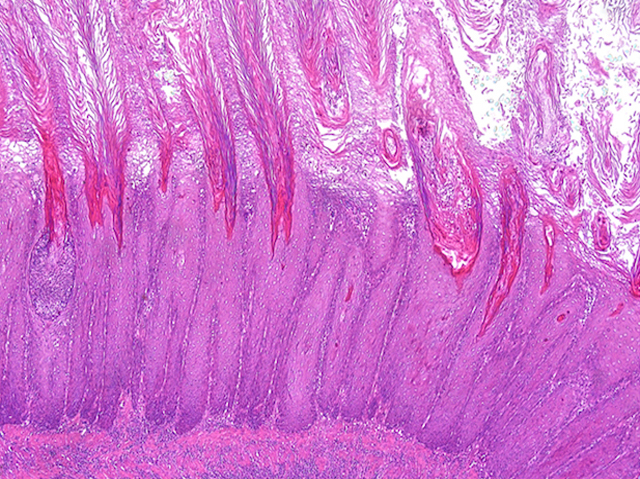 The fungus Candida albicans is one of many microorganisms that can live in your body, mostly without any problems. However, under some circumstances it causes infections. These may sometimes lead to a condition called hyperplastic candidiasis where cells show excessive growth – accounting for most of the cells in this picture of a rat’s stomach lining. Hyperplastic candidiasis occasionally develops into squamous cell carcinoma (SCC), but how isn’t currently known. Researchers recently studied several tumour-suppressing genes in hyperplastic candidiasis and SCC. They found that some key genes were switched off early in cancer development. Curiously, others were switched on at various stages during the development of the cancer, even though the epigenetic signals – marks on the DNA that control which parts are switched on – showed that they should be off. Some of these genes are also associated with other cancers, so this could be relevant for those too.