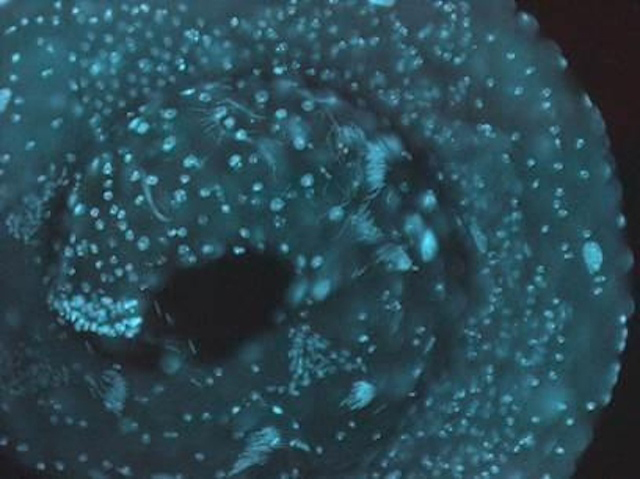 Many species, including humans, come in two genetically different versions – male and female. And although gender is much more complicated than the contents of your genes, in biological terms this difference boils down to sex chromosomes. Female mammals – and female fruit flies – have a pair of X chromosomes, while males have an X and a Y. One of the many places where this genetic difference is important is in the developing sperm, seen here inside the male fruit fly testes (the sperm DNA has been dyed bright blue). It was thought that the whole X chromosome got shut down during sperm production but it turns out that there are important genes on the X required for sperm production. They come with powerful ‘on switches’, over-riding the attempts to inactivate them. This is a new and unusual way of controlling sex chromosome genes, which might also be used by other organisms.