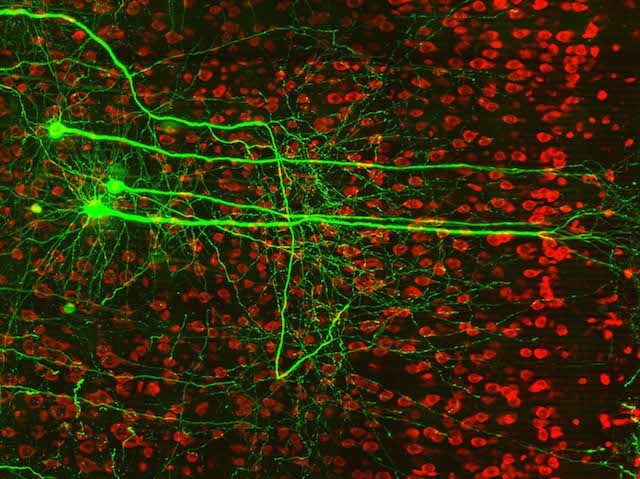 Our brain contains over 100 trillion connections. To analyse how its structure makes it function in certain ways involves building a connectome – a complete map of all the nerves in a typical brain and their connections. This huge job involves imaging large areas of brain with enough resolution to identify the individual nerve cells, and their tangled extensions – dendrites and axons. A new system for producing images like this has recently been developed. Called the brain-wide positioning system, it simultaneously takes pictures of the cell nuclei (shown in red) and whole neurons labelled with fluorescent protein (green). Comparing these two sets of images can help to identify neurons and establish which connections are which. Although this picture was taken in a mouse’s brain, this technology will help us to accurately image individual human brains, which we can use to build up the picture of the human connectome.