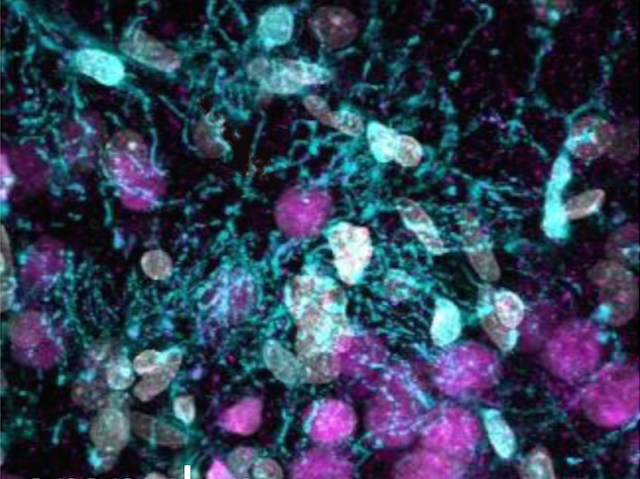 Just like any control centre – such as a busy head office – the brain needs regular cleaning to stay healthy and functioning properly. Special cells called microglia act as vigilant cleaners, constantly patrolling the brain and mopping up any debris left by dead and damaged nerve cells. This process is captured in action here: the pink blob in the centre is an unwanted nerve cell being targeted by microglia (white spidery shapes) starting the clean-up. By studying brain samples from patients with epilepsy, scientists have discovered that the microglia in these patients’ brains seem to be ‘lazy’, ignoring dead cells and letting the debris pile up. In turn, this molecular garbage triggers an immune response that makes the resulting brain injury even worse. The researchers are now developing potential drugs that can kick the sluggish cleaners back into action and boost their effectiveness, leading to new epilepsy treatments in the future.