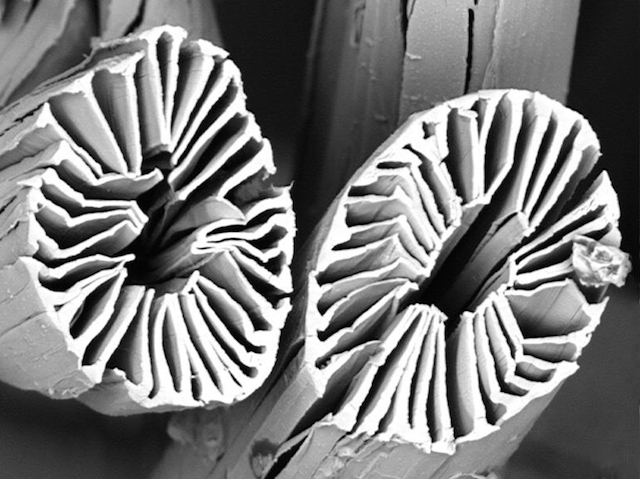 Tissue engineers design tiny structures to support microscopic life, often finding inspiration in unlikely places. These artificial fibres borrow an idea from mushrooms to help heal human bones. Crowded under the caps of mushrooms, gills create a large surface area for producing seed-like spores. Similarly, the gills running down though these fibres create space for human cells growing inside. One thousand times smaller than those on a button mushroom, these gills have another useful trick – creating currents in liquid pumped into the fibres. Turbulent currents create stresses similar to those our bones feel every day – enough to encourage stem cells lining the gills to begin transforming into early bone cells. Gilled fibres have a promising future as tiny scaffolds in bone engineering, and highlight the power of biomimicry in reusing nature’s ideas to benefit other forms of life.