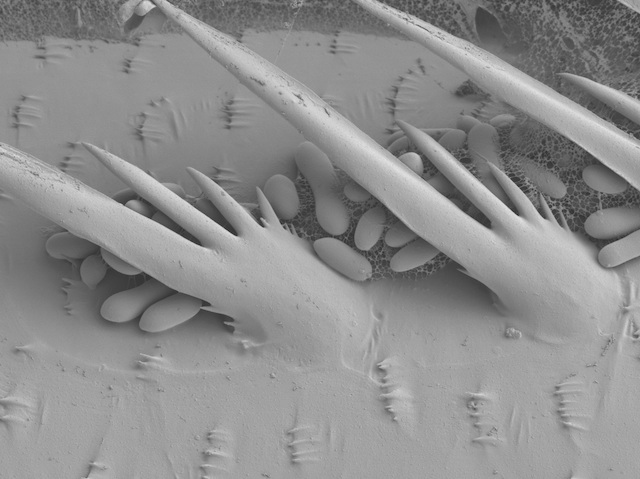 Mosquitoes are bad news, responsible for transmitting serious diseases such as malaria, dengue and Zika virus. But they’re not invincible, and can be infected with a deadly fungus called Metarhizium brunneum, which can kill adult mosquitoes as well as their larvae. The fungus comes in several forms, but these small rod-shaped spores – seen here clinging to the skin of a mosquito larva under a high-powered electron microscope – are the most potent. They’re found in water where mosquitoes breed, attaching to the larvae by producing a thick, sticky mucus and working their way inside. As well as getting in through the skin, the spores can also be eaten, eventually bursting through the wall of the insect’s gut and causing so much damage that infected larvae quickly die. They may be brutal killers but they’re highly effective, so maybe they could have a role as a biological pesticide against their mosquito hosts.