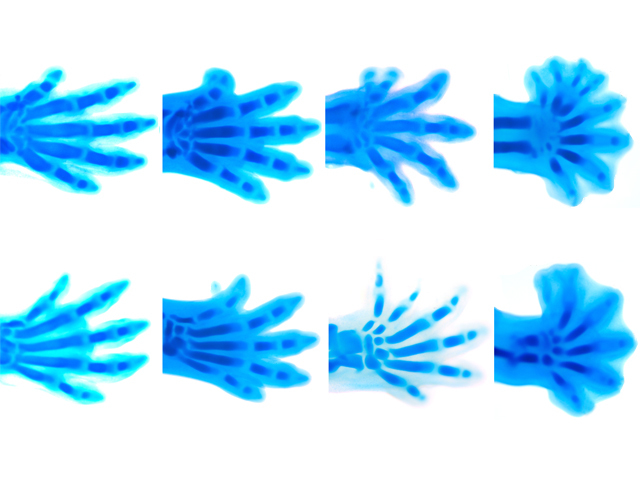 When babies are born, a midwife counts their fingers and toes. This is because the genes that ensure they grow in the right places also control the growth of many other body tissues, so extra or missing digits can occasionally be a sign of more severe health problems. These genes are tightly controlled and elaborately interlink. Recent research studied how genes regulate digit growth in mice. On the left is the forelimb (top) and hindlimb (bottom) of a normal mouse. When scientists removed a gene called Gata6 that controls limb development, the digits were normal, but when they partially removed (second left) or fully removed one called Gli3, (far right) there was a small extra digit. Removal of Gata6 and partial removal of Gli3 together exacerbated this and resulted in a full extra digit (second right), showing that the two genes work together to regulate how digits form.