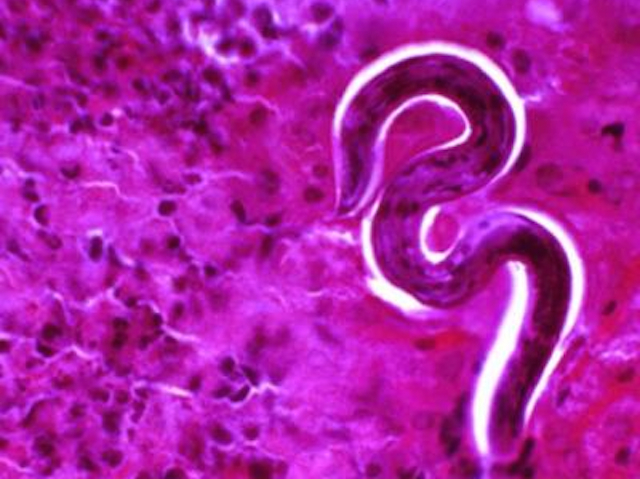 Affecting approximately 800 million people worldwide and causing an estimated 60,000 deaths each year, the roundworm Ascaris lumbricoides, pictured here in liver tissue, is a little-known yet significant global health problem. Infections begin in the stomach and spread to the liver and lungs, but vary greatly in their severity between individuals. To understand this variation, a team of scientists compared the responses of resistant and susceptible mice infected with Ascaris, identifying several differences in their liver proteins, which could underpin susceptibility to the parasite. In particular, resistant mice possessed more proteins involved in processes in the mitochondria and in generating reactive oxygen species (and these increased upon infection), suggesting that a highly oxidative environment may hinder the worms’ spread. More work is needed as mice are not natural Ascaris hosts, but these initial results suggest new avenues to explore in the search for treatments for ascariasis.