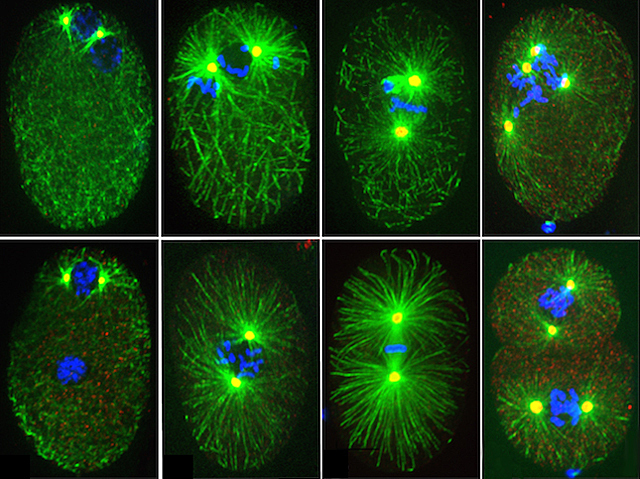 Spinocerebellar ataxia is a devastating disease. It starts when a person is in the prime of life and leads to the progressive breakdown of their brain and nervous system. There are several forms of the condition – each caused by a fault in a different gene – but there is no cure. To find out more about one type, researchers have turned to tiny nematode worms. The bottom row of images shows the first cell divisions in early worm embryos. The DNA is stained in blue, while structures called microtubules are highlighted green. These tube-like structures play a vital role in helping cells divide properly. The embryos on the top row have a faulty version of a gene called ATX-2, which causes spinocerebellar ataxia type 2. The worm cells don’t divide properly because their microtubules aren’t working correctly, explaining some of the problems seen in the brains of human patients.