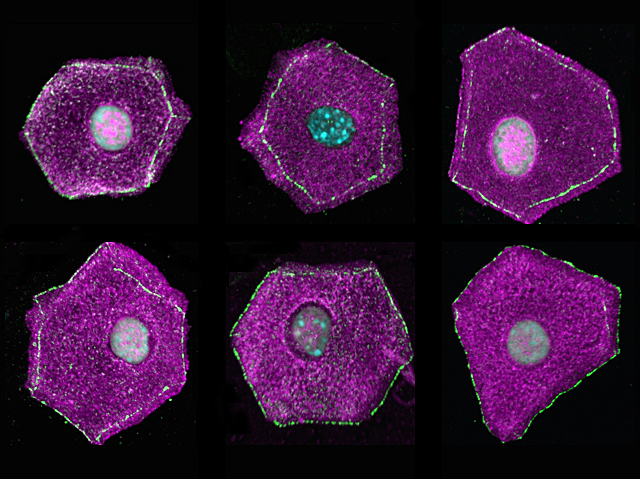 Our skin is vital – it’s a physical barrier against disease. One way it protects us is with a cell layer called the stratum granulosum in which the cells form connections called tight junctions to prevent liquids passing in or out. However, this barrier is only several cells thick and needs to be maintained. Scientists recently found that the cells of the stratum granulosum (pictured) in 3D are a 14-sided shape called Kelvin’s tetrakaidecahedron, formed of six rectangles and eight hexagons. It’s a very effective shape for filling space, so it could help the cells pack together to form the barrier. Using imaging and computer modelling, they also found that the tight junctions move between cells in a very precise way, to make sure that the barrier stays sealed when cells are joining or leaving it. Why this important barrier is only several cells thick, however, remains to be discovered.