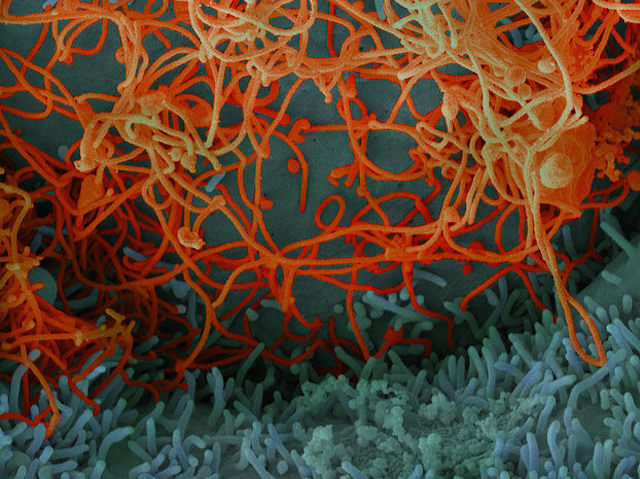 The Ebola virus – the fine red strands in this artificially-coloured microscope image – has been around in Africa for over four decades. But it wasn’t until the 2014 outbreak in west Africa that it hit the headlines. More than 11,000 people were killed, with many thousands more infected. Yet there was no vaccine and little incentive to develop one. Spurred into action by the recent epidemic, scientists led by the World Health Organisation have developed and tested a vaccine, known as rVSV-ZEBOV, in record time. In a trial of nearly 6,000 west African adults getting the jab, who had all been exposed to someone infected with the virus, all were still well more than a week later. In a similar unvaccinated group, 23 people got the disease. The vaccine can’t bring back the lives that were lost, but when the next Ebola outbreak comes we can finally fight back.