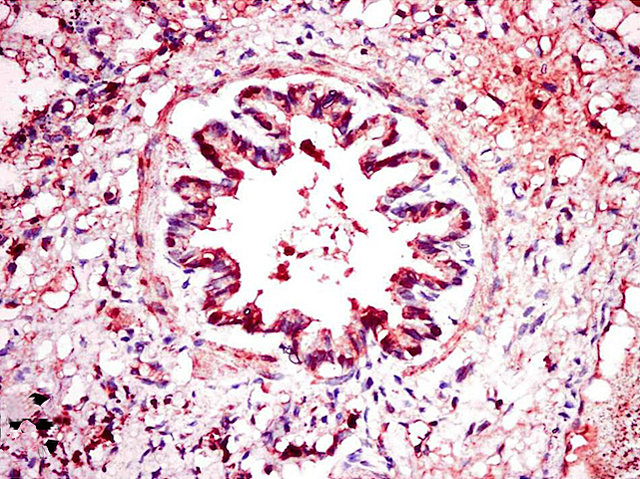 Chromium is used in many industries including steel work and leather tanning, and many workers inhale it regularly. However, chromium can form highly reactive molecules inside living tissue, which cause severe damage to cells. Recent tests have shown that inhaling chromium is even more dangerous than previously thought. In rats that had inhaled a form of chromium, it was found to cause damage to the brain and lungs. The rats were moving around less, suggesting that chromium is toxic to their nerve cells. Cells in the lungs and brain were also producing molecular markers that indicate that they’d been harmed and were trying to repair themselves. One of these markers – COX-2– is shown in brown in the flower-like bronchiole in this lung section. More research is needed to find better ways to protect workers from being exposed to chromium, and to reduce the risk of harm after exposure.